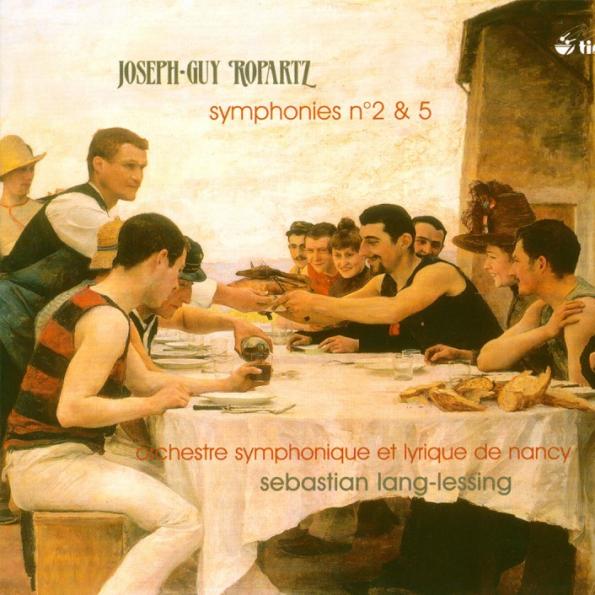 The second volume in Timpani’s appealing series of the six symphonies of Joseph Guy Ropartz presents the Symphony No. 2 in F minor (1900) and the Symphony No. 5 in G major (1944), two finely wrought essays separated by more than four decades, yet as close in their late Romantic style and approach as if they had been composed within a few years of each other. Ropartz was profoundly influenced by his teacher, César Franck, and both of these symphonies reflect the chromatic modulations, counterpoint, and developmental ideas that were characteristic of that composer. Despite the obvious differences in the treatment of their minor and major keys, and a tendency toward more openly diatonic themes in the later work, both symphonies are warm and lush in orchestration, memorable for their passionate melodies, and highly expressive of the kind of yearning and nostalgia typical of the fin de siècle, though never so emotionally inflated as to obscure their forms. Ropartz’s sentiment never deteriorates into sentimentality, and his music is almost Classical in its restraint, clarity, and balance. Sebastian Lang-Lessing and the Orchestre Symphonique et Lyrique de Nancy deliver muscular performances that complement their confident readings on Vol. 1, and though these are the only available recordings, they are likely to inspire other efforts and help the Ropartz revival to continue for some time to come.