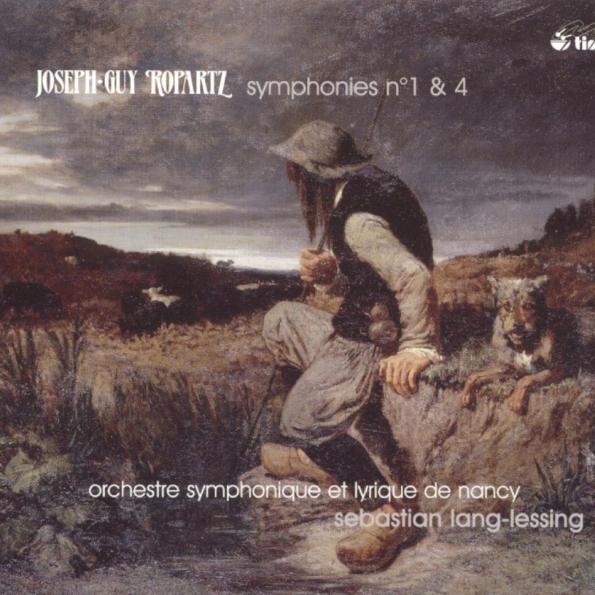 Fifty years after his death, a second disc of Ropartz’s symphonies was recorded and released on CD featuring his First from 1895 and the Fourth from 1911 with Sebastian Lang-Lessing leading the Orchestre Symphonique et Lyrique de Nancy for the French label Timpani. In what was billed as the first volume of a complete cycle of Ropartz’s symphonies, the disc contained performances that could fairly be described as definitive. The Orchestre Symphonique et Lyrique, the orchestra Ropartz himself led from 1894 through 1919, is obviously dedicated to the music, a quality that, when combined with their polished ensemble and consummate beauty of tone, results in performances that are wholly convincing. Lang-Lessing, a German conductor who had served as music director for the Orchestre for six years when this recording was made in 2005, brings a wonderful balance of lucidity and passion to the music, equally emphasizing both Ropartz’ masterful technique and his spiritual inspiration.