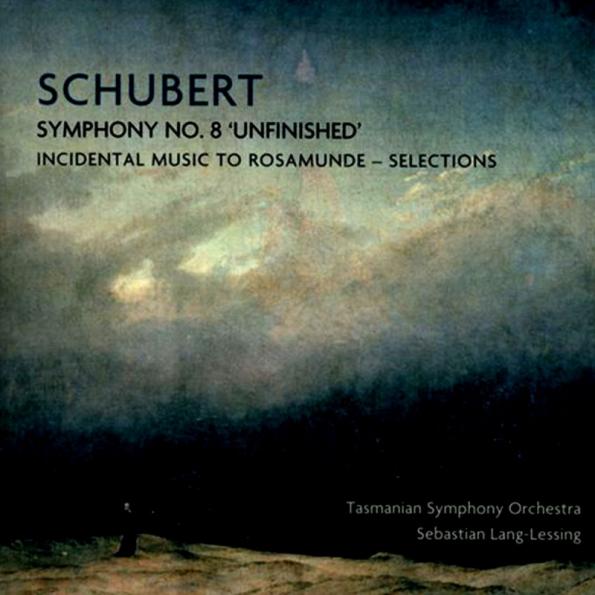 Schubert’s ‘Unfinished’ Symphony is a masterpiece, admired by musicians and a favourite with audiences around the world. A treasure-trove of glorious melodies and delicious harmonic surprises, its sweeping breadth opened the way for composers like Bruckner and Mahler. So why, in the six years that remained to him – productive years in which, despite his growing physical frailty, he wrote vast amounts of magnificent music – why did Schubert never return to this wonderful symphony to complete it?

There are rumours of two missing movements; in fact the whole symphony was lost for more than 30 years after Schubert’s death, stuffed in a drawer and abandoned. There have been attempts by music scholars to complete the symphony; but always, orchestras keep returning to Schubert’s original, which has never been surpassed.

This recording by the Tasmanian Symphony Orchestra captures the beauty and power of Schubert’s genius, pairing the Unfinished Symphony with a selection of gems from the incidental music to the play Rosamunde. The play itself was a failure and the script is lost forever, but fortunately we still have Schubert’s sparkling music to enjoy forever.